You are here > Home > Things To Do > Round Barrows 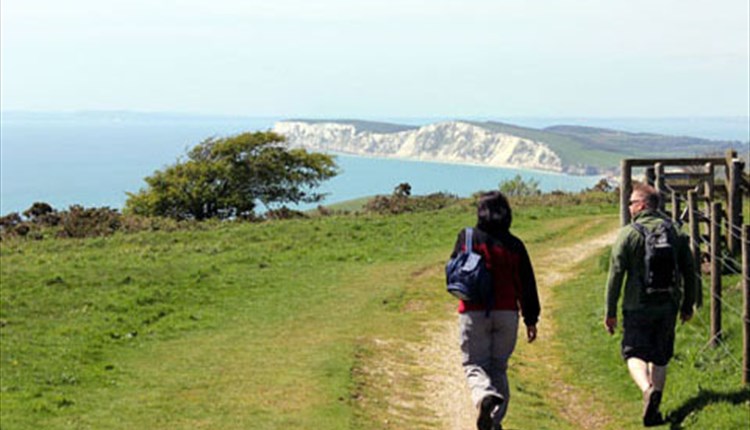 Hoards of Bronze Age (2,300 - 700 BC) implements and weapons, and also round barrow cemeteries, have been found throughout the Island. Although many no longer survive, over 300 round barrows have been recorded.

Round barrows are 'bowl,' 'bell' or 'disc,' according to their construction. Bowl barrows are simple mounds of earth or chalk that may have a surrounding ditch. Disc barrows have a small central mound on a wide platform surrounded by a ditch and an outer bank. Both disc and bell barrows are to be found on Brook Down. A round barrow on Newbarn Down, Calbourne, excavated in the 1970s, contained a 'Beaker Culture' bowl.

In the Later Bronze Age (1,200 - 700 BC) human remains were no longer buried in barrows. Bodies were cremated and placed in flat urn cemeteries. At least four have been found on the Island.

Two Bronze Age hut sites were discovered on Gore Down, Chale, and the wooden remains (stakes) of Bronze Age fish traps have been found in the Wootton/Quarr area.