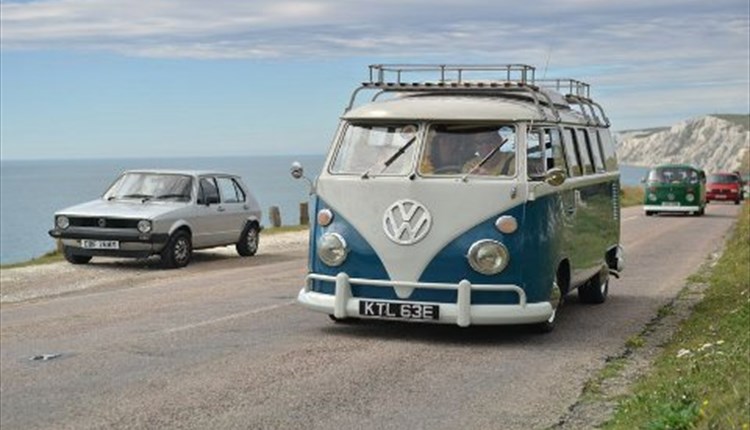 Visit the legendary site of the original 1970 Isle of Wight Festival.

V-DUB ISLAND - 14TH AUGUST 2014 - 18TH AUGUST.
This year V-Dub Island (now in its Fourth year) has moved to its new site - East Afton Farm – home of the world’s largest music festival to date! It was the last festival for Jimi Hendrix to play and also Jim Morrison of the Doors. It also boasted other such acts as The Who, Joni Mitchell and a long list of other great acts from the time.

V-Dub Island a family friendly holiday VW Festival for VW enthusiasts and like minded People Families are welcome to join the carry on camping package to make a week long holiday out of the show. We invite our revelers to come and stay with us in our campsite and explore our beautiful island before the show.

DRIVE LESS SEE MORE EXPERIENCES:
For those who wish to just visit the site what better way to see the festival site than from what festival goers christened “Desolation Row” the hilltop hippie haunt on that fateful weekend in 1970. Ride the way marked Chalk Ridge Extreme one of Bicycle Island top cycle routes starting from either Newport or Freshwater Bay. The bridleway that you follow across the downs is next to great views of the Festival site. Take selfie overlooking the site of Jimi Hendrix last major performance. Have a picnic in a place once covered in tents and recovering revellers in flares and kaphtans. Thousands of non-ticket holders claimed the hill to get a free view of the show back in 1970 desolation row possibly named after the Bob Dylan song of the same name. Bike Hire can be had from Wight Cycle Hire in Yarmouth.