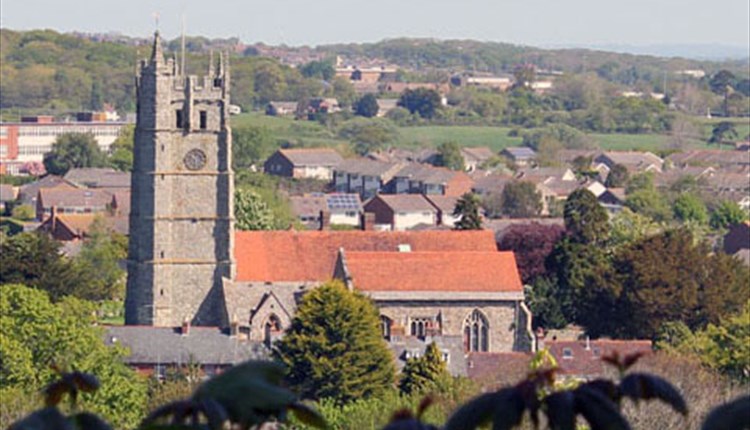 The village of Carisbrooke has a dominant church at the upper end of a long main street.

The early parish was large. It is known there was an important Saxon church, but its site is uncertain. This church and six others on the Island were granted soon after the Norman Conquest by William FitzOsbern to the Benedictine abbey of Lire in Normandy, which he had founded. A church and priory existed on the site of St Mary's around 1147. The priory was linked to Lire but never had more than six monks and it closed as a monastery in 1415.

The medieval St Mary's served the parish as well as being a monastic church. Today it has a nave with a south aisle in two parts, and a tall late medieval west tower. The chancel was demolished around 1565. The monastic buildings joined the church on the north side. The outlines of two small Norman windows provide evidence of an earlier aisle-less church.

The Gothic windows are both Perpendicular and Decorated styles. The tower is dated 1471 and is the tallest on a medieval parish church on the Island. Built of greenish sandstone in five stages, its battlemented parapet has slender pinnacles. On the external north side of the nave are two arched recesses which faced the destroyed cloister and would have contained tombs. Both are 13th century.

The font has a simple conical cover dated 1602. The pulpit, with canopy, was made in 1658 and has a tier of round-arched Jacobean panels. Monuments include an engraved figure of a prior with crozier, possibly 12th century; a very fine panelled table tomb to Lady Wadham, wife of the Captain of Carisbrooke Castle, around 1520; and both a brass and a painted wall board to William Keeling, an East India adventurer, who died in 1619.