You are here > Home > Things To Do > Shalfleet Tympanum 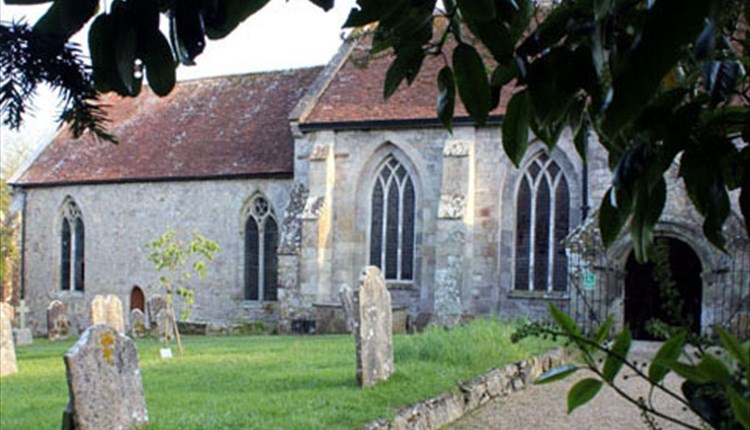 The Church of St Michael the Archangel at Shalfleet has a unique sculpted tympanum - the area above a lintel and the arch above it, or within a pediment. The north door is the oldest feature of the church and has been dated to the 12th century. A bearded man grips the heads of two lions. Both have long tails that end in quite elaborate foliage suggesting a relatively late date in the Norman period.

The church has Norman, High Gothic and Post-Reformation work. The Early Norman west tower is like a small castle keep and seems to have been built for defence and as a place of refuge. It can only be entered from inside. (Nearby Newtown was devastated by a French raid in 1377.)

Remodelling took place in the mid to late 13th century with further alterations in the 19th century. The Late Georgian box pews survive, as does the early 17th century pulpit with a bookrest on brackets all round. The chancel screen is from around 1910 but has old linenfold panelling in its dado. The stained glass is Victorian and early 20th century.