You are here > Home > Things To Do > Queen Victoria Memorial 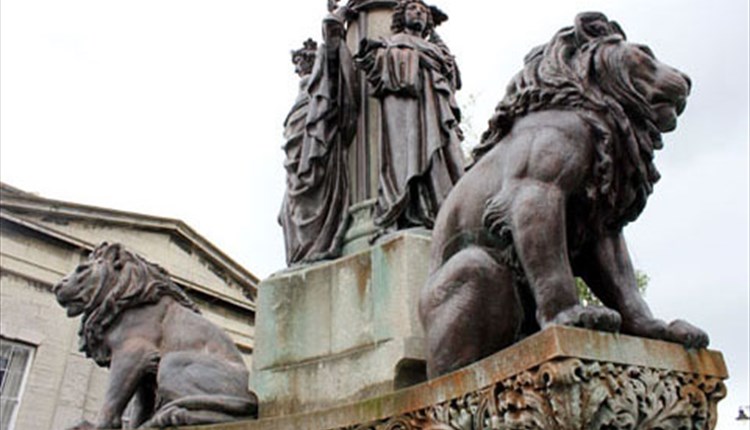 This elaborate memorial by Percy Stone is in front of the County Club in Newport, close to the corner with High Street. Queen Victoria died in 1901 and the memorial was unveiled two years later.

Its triangular base, with concave sides, stands on a stepped plinth, with three bronze lions crouching at the corners. Above them are three figures, also in bronze, with stiff-leaf foliage in the Art Nouveau style. At the top is a Gothic tabernacle with narrow gabled niches, crowned by a spirelet.

Victoria stayed at Norris Castle, a Romantic neo-medieval castle in East Cowes in 1831 and 1833 when she was still a princess. The locality left a deep impression on her, and in 1845 she and Prince Albert bought the nearby Osborne Estate as the site for a new private retreat. Osborne House was never a palace, and following the Queen's death, it became a national, rather than royal, possession.