You are here > Home > Things To Do > The Unknown Knight 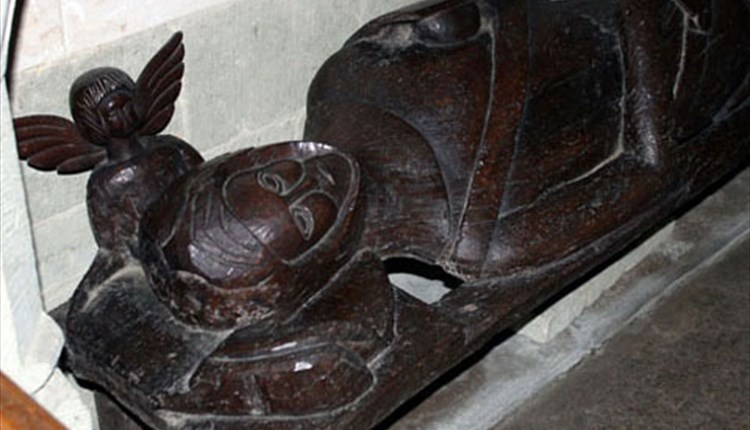 An unusual wooden effigy to an unknown knight can be found in the medieval church at Gatcombe. It sits in a recess in the chancel and depicts a knight with crossed legs and a dog at his feet, as was the style in the 14th century. However, some of the details relate to a later period. It would seem that the effigy is an antiquarian work of the 17th century, possibly by an Island woodcarver. The knight's face and an angel by his pillow have been re-cut relatively recently.

The church has the only medieval glass surviving in an Island church. It's in the four upper lights of the window east of the porch and probably dates from around 1500.

The Pre-Raphaelite glass in the chancel windows are Victorian and date from 1864-5. They were made by Morris, Marshall, Faulkner & Co., and include work by five designers associated with the firm from its beginning: William Morris, Dante Gabriel Rossetti, Edward Burne-Jones, Ford Madox Brown and Philip Webb.