You are here > Home > Things To Do > Shanklin Beach 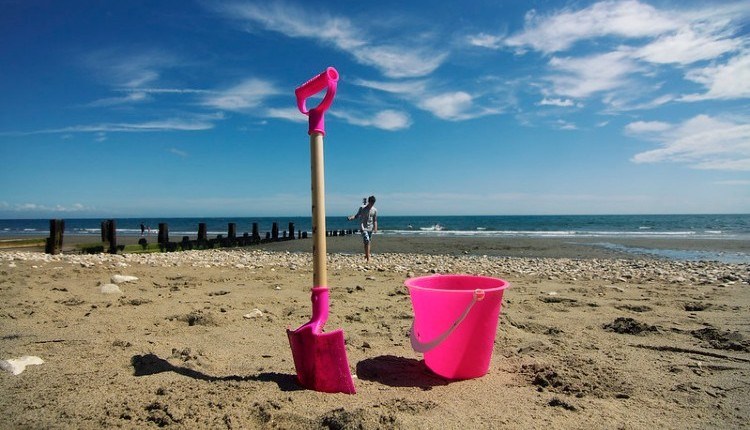 Shanklin Beach is a one of the Isle of Wight’s best known stretches of golden sands, which backs onto a traditional English seafront promenade. The beach is located on the south east coast of the Isle of Wight, with groynes keeping the sand in place and a high sea wall and pavement promenade between the sea and the Esplanade. A traditional 'bucket and spade' family beach holiday destination, Shanklin Beach lost its pier after the hurricane of 1987 but there is now a semi-circular vantage point with benches where the entrance to the pier once stood.

Shanklin Esplanade has all the traditional British seaside attractions you'd expect and more: a large amusement arcade with crazy golf, bowling, go-karting and even an indoor golf for rainy days. Outside there are pirate and dinosaur themed crazy golf courses that even sports a waterfall of 'blood'. There are seaside cafes and traditional beach shops selling everything from newspapers and books to inflatable boats and wetsuits.

The southern end of the Esplanade has hotels, pubs and restaurants lining the road, with a few private residences. A small roundabout at the southernmost end has a slipway to the beach on which stands another cafe with small garden that sells ice-creams and food to take away or eat outside.

Beach huts line the sea wall here, and further along you will discover the cute thatched Fisherman's Cottage pub at the foot of Shanklin Chine. The majestic cliffs tower over the beach at this end and you can carry on by foot around the headland to Luccombe Beach at low tide if you wish.

TOP TIP:
You can walk down from Shanklin Old Village as it is a pretty walk through trees and parkland, followed by a steep descent down the (now pedestrianized) old road. The seafront has ticketed parking and there is a good sized car park about half way along the front.

GETTING THERE:
Shanklin Esplanade sits beneath the cliffs, accessed via a steep winding road at one end and another even steeper pathway at the southern end. Southern Vectis buse service the town. For bus information please visit the Southern Vectis website - www.islandbuses.info/. Shanklin is the last stop on the Island Line train line – the station is at the southernmost end of the main shopping street.