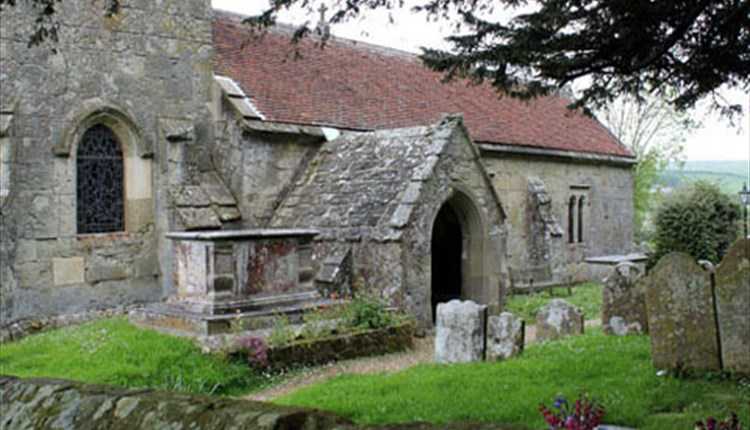 The church in Whitwell was really two chapels side by side. Each related to a different manor and parish. The earlier was St Rhadegund, built in the 12th century; the smaller St Mary was added to the south by around 1200. The arcade separating the two parts of the church is in the late 12th century Island style, with round piers.

In the 16th century the chapel of St Mary was widened as an aisle to the newly combined church, and extended to align with the east end of St Rhadegund.

The octagonal pulpit is early to mid 17th century and one of the finest on the Island. It has three tiers of decoration. There is an altar table of the same period in the south chapel. Note the bulbous legs.

St. Rhadegund was a 6th century German princess. As a child she was carried off from her home by invading Franks, and at about twenty was forced into marriage with King Chlotar I. After about ten years, when her brother was murdered, Rhadegund left her husband (around 550) and established a nunnery at Poitiers which was her home until she died.