You are here > Home > Things To Do > Earl of Yarborough Monument 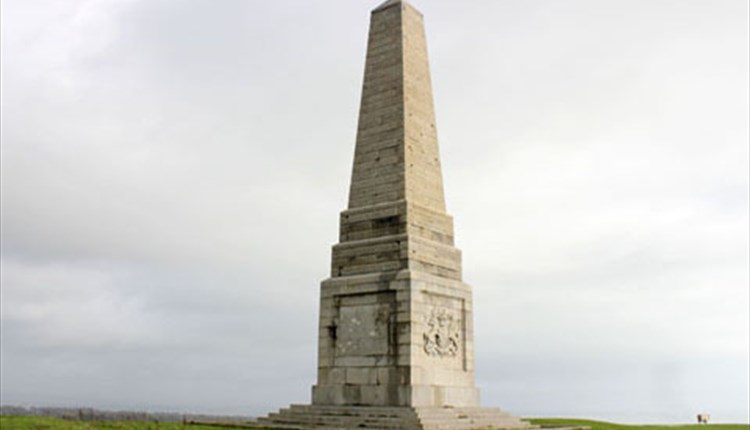 Charles Pelham of Brocklesby Park, Lincolnshire, was created 1st Earl of Yarborough in 1837. By marriage, he inherited Appuldurcombe, once the grandest mansion on the Isle of Wight, and it became his second home. As he was the first Commodore of the Royal Yacht Squadron at Cowes, Charles visited Appuldurcombe frequently; he carried out substantial alterations, giving the house a new entrance and forming a large library where works of art could be displayed. Charles died in 1846.

The 1849 monument on Culver Down above Bembridge, is a massive obelisk of granite, set on a square base with family arms carved on two sides. The inscription records that he was held in great affection by Islanders. It was originally on a site 1/2 mile west, but was moved in the 1860s when the old site was taken by Bembridge Fort, an outlying defensive work in earth and brick, capping the chalk ridge from which there are extensive views.

Culver Cliff is where the chalk of Bembridge Down runs into the sea at the eastern end of the Island. The rock strata are a mirror image of those same bands outcropping in the west of the Island (Freshwater Bay and the Needles.)