You are here > Home > Things To Do > Church Litten Park Gateway 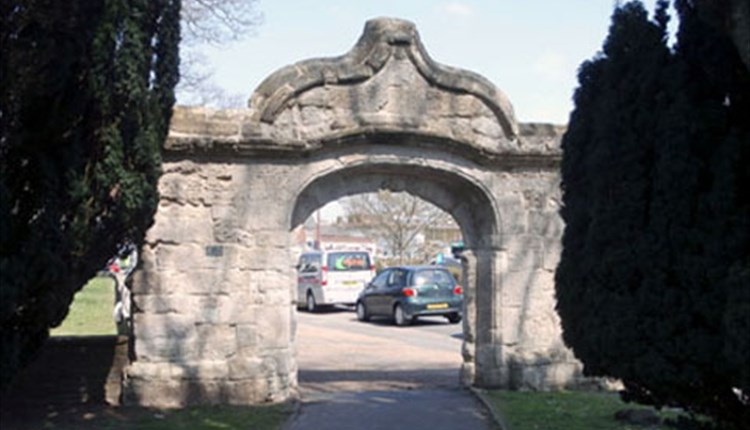 Church Litten was the burial ground for St. Thomas's Church, Newport. The cemetery dates back to 1583, in the reign of Queen Elizabeth I. It was formed shortly after Newport was hit by the plague. Previously Newport had no burial ground, being part of the parish of Carisbrooke.

'Litten' comes from a Saxon word meaning a cemetery. It was entered through the stone gateway, also 1583, east of the Lord Louis Library which opened in 1981. The area has been an open space since the 1950s.

The gateway has a four-centred arch under an ogee-shaped gable ending in a flattened point. On one side is a stone tablet recording that the lay-out of the park was inspired by Mrs Elizabeth Ruby Chandler, Mayor (1930) and Honorary Freeman of the Borough of Newport. On the other is a very small bronze plaque to Martha, the wife of Docter Poor, who died 10 June 1782 aged 58 years.