You are here > Home > Information > Product Catch all > Sandown 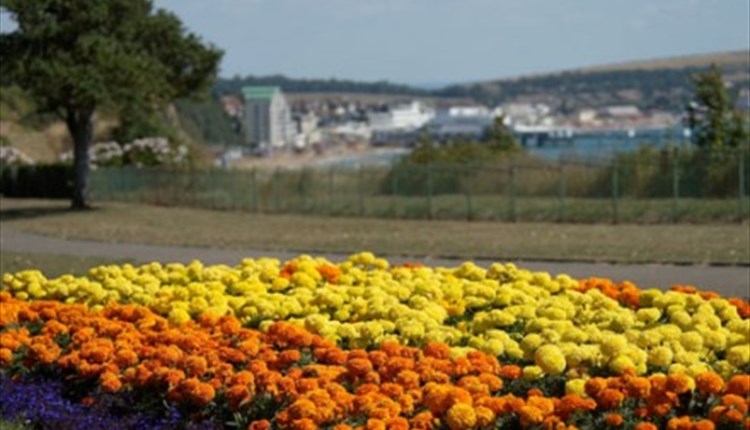 Sandown sits on the Southern coast of the Isle of Wight, sheltered in a beautiful bay, and is famed for its long stretches of golden sandy beach and the traditional British seafront and pier.

Sandown also has a great selection of attractions, including a Zoo housed in an old fort and a purpose built interactive Dinosaur Museum.

Things To Do in Sandown
Sandown has lots of things to do for people of all ages and interests.

You can relax and spend quality time strolling along Sandown Beach followed by an ice cream or refreshments at one of the licensed beach cafés.

The main town beach stretches all the way along the Esplanade where it meets with Yaverland Beach, which is regarded as one of the Isle of Wight’s best beaches.

Yaverland is very popular for watersports, and there are a number of local water sports centres from which you can test your skills at windsurfing, kayaking or many other activities.

With one of the highest concentrations of dinosaur fossils anywhere in the world, the Isle of Wight has been dubbed "Dinosaur Island".

The area around Sandown Bay is a fun place for fossil hunting, so with a keen eye you could be leaving with a very special, very old souvenir.

You can also visit the Dinosaur museum to explore more of the Isle of Wight’s dinosaur history.

One of the town’s most well-known features is the traditional Sandown Pier.

There is a range of traditional amusements and arcade games, with bowling, crazy golf and cafes to keep adults and children entertained for hours.

Further along the seafront the Isle of Wight Zoo is one of the Island’s leading animal attractions, with everything from Lions and Tigers to Meer Kats and Monkeys, and a short distance outside of Sandown town is Amazon World which also has a huge range of animals.

Places To Eat in Sandown
Being a traditional British seaside destination there is no shortage of places to grab an ice cream and snacks along the seafront in Sandown, but there is also plenty of choice for places to eat elsewhere in the town.

There are some good pubs and restaurants selling a range of different cuisines, and if you travel just outside of the town there are also a number of highly respected eateries, such as the Garlic Farm Café at Newchurch

Events in Sandown
Sandown hosts one of the oldest carnivals which dates back to 1889, and it is also one of the most well-known on the Isle of Wight.

With day processions and an illuminated evening event the Sandown carnival usually takes place during the months of July and August.

With its rich dinosaur and fossil hunting territories there are also a number of Fossil Hunts taking place regularly at Sandown.

Places To Stay in Sandown
Sandown’s seafront is lined with a variety of hotels offering panoramic seaviews across the bay.

Elsewhere in the town there are lots of choices of other types of accommodation.

If you are looking to come camping on the Isle of Wight there are sites a short distance from the town which offer both tent and caravan pitches.

Getting Around Sandown
Sandown has excellent bus and train services and makes an excellent base for a visit to the Isle of Wight.

Bus services can take you either northwards to Brading and Ryde, south to Shanklin and Ventnor, or across the Island to Godshill, Newport and Cowes, whilst the Island Line train services run to the neighbouring town of Shanklin or North to Ryde where they connect with passenger ferry services to Portsmouth.

Hop on board the all new "Sandhopper" bus service which will be operating from April to October linking passengers from Sandown train stration through to the town, the beach and all the attractions.