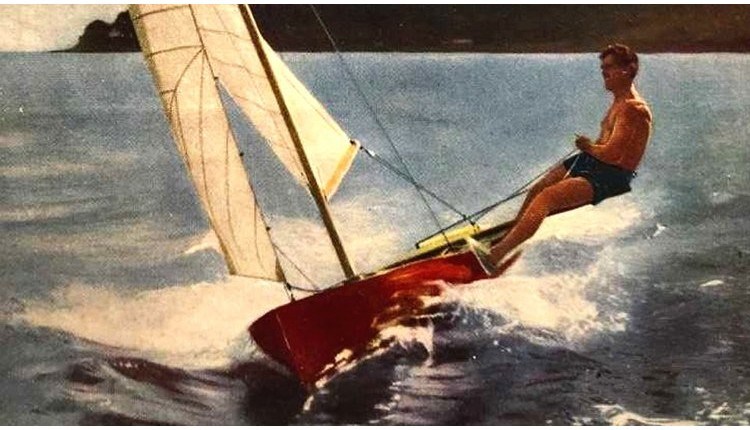 To commemorate sailor and boat designer, Uffa Fox, there will be celebrations between the 18th and 21st August 2022 on the Parade in Cowes.

The celebrations are marking the 50th anniversary of his death and the sailing legend's life. Uffa Fox was one of the most highly regarded naval architects and enthusiast of all aspects of sailing. He contributed to the Isle of Wight's history with being a passionate sailor and boat designer. Uffa Fox designed many sailing dinghies, keelboats and yachts including the Airborne Lifeboat which saved the lives of many airmen during WWII. Uffa Fox was also friends with the Royal family and taught Prince Charles and Princess Anne how to sail.

There will be a sailing regatta, a heritage Uffa Fox trail and a display of dinghies designed by Uffa Fox that date back to the 1920s.

Uffa Fox Trail
The Uffa Fox Trail will be around Cowes and East Cowes highlighting Uffa's history and heritage. The trail begins at Uffa's place of residence at Commodores House in Cowes, which will have an interactive exhibition of his life for children and families. The trail continues with stops at museums and exhibitions across Cowes and East Cowes. A memorial service is being planned on the morning of Sunday 21st August a Uffa Fox's grave in St Mildred's Church, Whippingham.

Visit the website for information on the provisional programme.