Paul Armfield and Quatrapuntal in concert 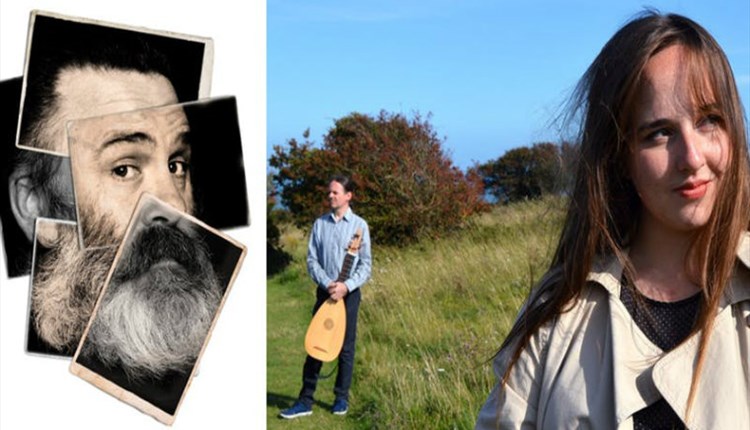 Renowned singer songwriter Paul Armfield and innovative fusion group Quatrapuntal are teaming up for a concert of beautiful and thought proving acoustic music in the intimate setting of Ventnor Arts Club. Paul's songs, like his persona, are warm and engaging with a lovely lyrical twist framed by catchy melodies and a gentle musicianship of the highest order. Equipped with a voice that could make the Needles crumble, Caitlin Moran describes his music as 'warm and toasty as Christmas morning' and his songs have been admired by such songwriting heavyweights as Guy Garvey and Chris Difford. Owing as much to the French chansonniers as he does English balladeers and American troubadours, with just an acoustic guitar Paul can enchant even the rowdiest of crowds with his golden voice and commanding stage presence. Paul has released six albums to critical acclaim.

Quatrapuntal is based around composer and mandora/Portuguese guitar player Chris Hirst and soprano Polly Green. Both classically trained, their intricate and overwhelmingly beautiful sound is unique and impossible to pigeon hole, an organic fusion of many diverse genres. All eras of the classical tradition are seamlessly combined with various other elements, notably Portuguese and Neapolitan traditional music, but also influences from film music, musicals, British folk, Brazilian music, some popular songs and even thrash metal! Quatrapuntal sound like no-one else, and the unique blend of styles and instruments has been very well received by live audiences, the online community and the press since the group's initial launch in 2018. This year they have been busy recording their debut album, and rarely play live so don't miss this opportunity to see them at close quarters!

Ventnor Arts Club is situated in the centre of town. Originally a beautiful 1920's bank, the building has been restored and refurbished to reveal its previously hidden beauty. There are a limited number of tickets available for this performance so advance booking (following the Eventbrite link) is strongly advised.