You are here > Home > What's On > Circus of Horrors 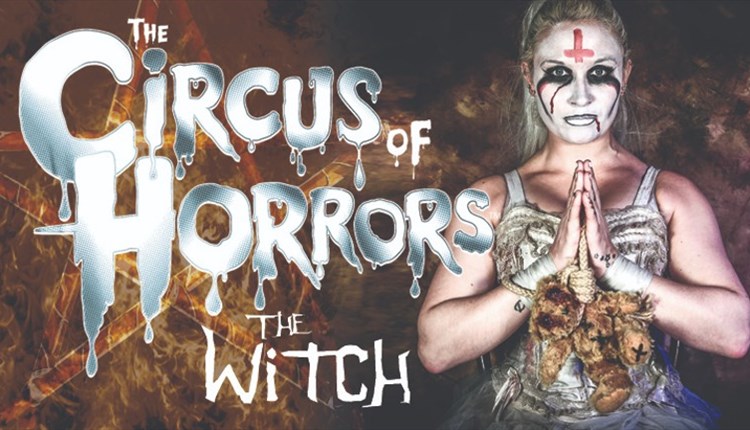 For the First time in over 2 years the Circus of Horrors is back with its latest incarnation 'THE WITCH' – A sensational new Phantasmagoria which encompasses amazing & Bizarre Circus acts with an original Rock score, and a sinister story or Witchcraft, the darkest of magic and includes the legendary Witch trials & even a burning at the stake.
When the Circus of Horrors began 26 years ago at Glastonbury 1995 many people thought it wouldn't last 26 weeks let alone 26 years. But with its ability to re invent itself time & time again it has taken the extreme to the mainstream and become a household name after reaching the finals of Britain's Got Talent & performing in London's West End.
Whether a Rock fan or theatre goer The Circus of Horrors has something for everyone.
Imagine a brilliant rock show combined with amazing, bizarre & dare devil Circus acts, a stella light show and all performed with a forked tongue firmly in each cheek. If Quentin Tarantino had directed Cirque Du Soleil you would be half way there.

Magic of the Beatles
more info

Simon Evans The Work of the Devil
more info