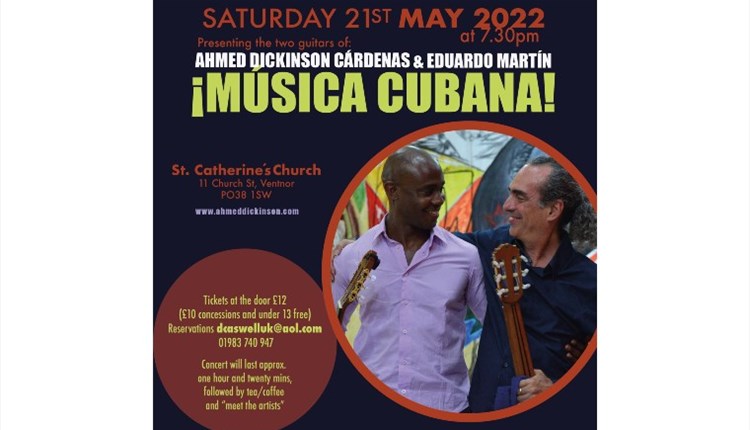 Tickets on the Door £12.00
Concessions £10
Children under 13 Free
For ticket information please contact David Caswell on email dcaswelluk@aol.com or phone 01983 740947

Over the last 10 years, Ahmed has established a successful career in the UK, whilst maintaining a performance profile and strong links with Cuba. More recently, he has been building a reputation for his original compositional style and will be performing his latest works in a series of concerts later this year.